Jamie Turner talks about one-to-one marketing, the power of lookalike audiences, and what promotion and advertising used to be like in the old days. 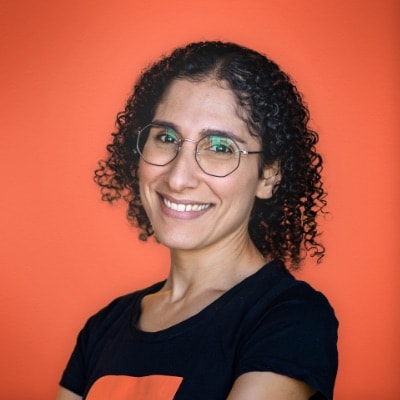 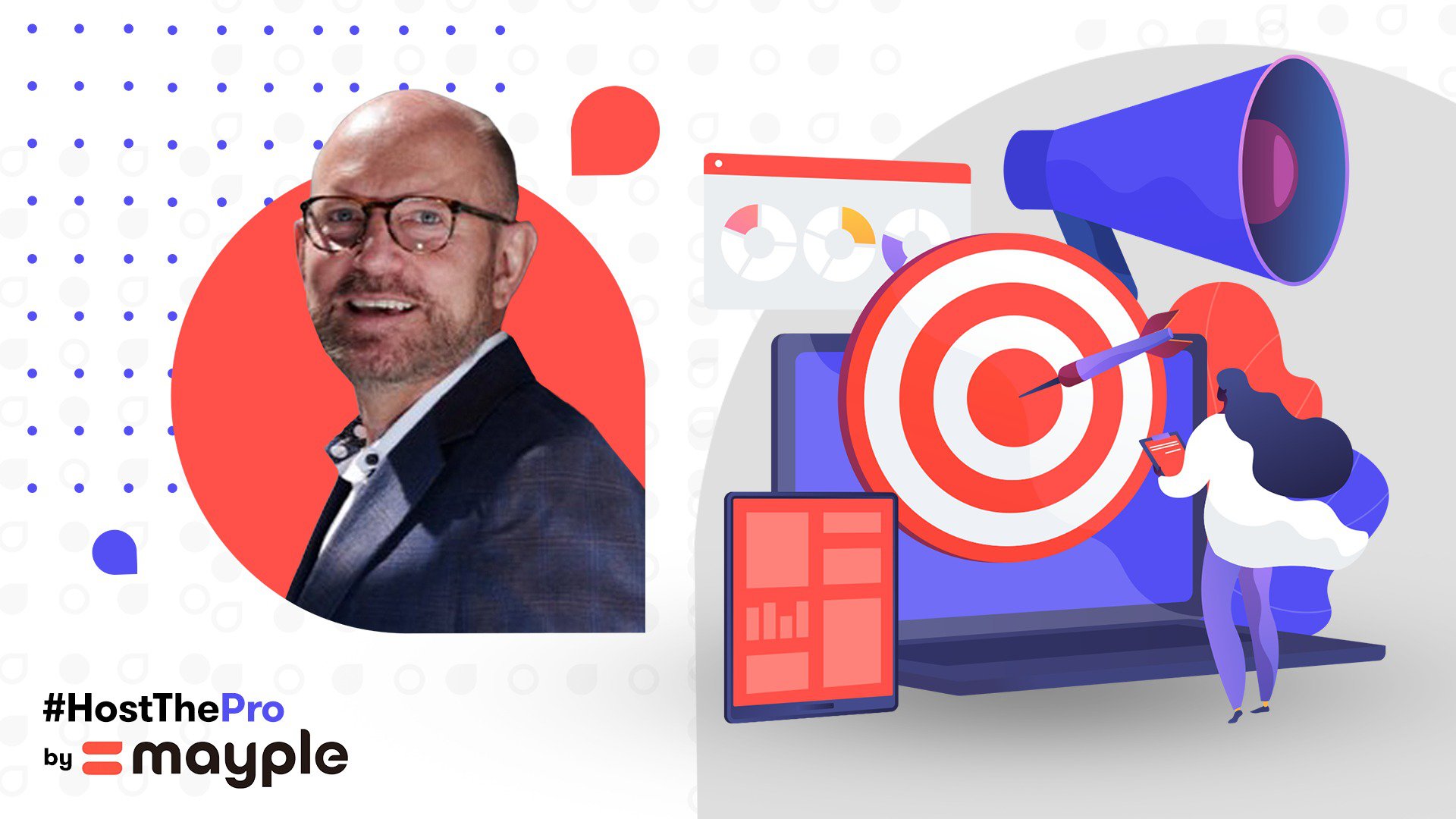 This is an interview we did with the renowned speaker, author, and marketer Jamie Turner about One-to-One Marketing and how to use an omnichannel approach to personalize everything from ads to copy to the customer experience.

Jamie is the Founder and Chief Content Officer of the 60 Second Marketer. He is one of the world’s top digital marketers and has worked for companies like AT&T, CNN, Motorola, Cartoon Network, and Coca-Cola to grow their digital marketing campaigns.

And here’s the full video of the interview if you want to listen to it, and the transcript is below.

What is One-to-One Marketing?

”One-to-one marketing is the topic of my next book. The book is called An Audience of One, and it will be published by McGraw Hill in September of 2021.

The idea is we've lived in a world of mass marketing for the last 100 years where we would go in and say - ‘hey, we're going to broadcast a TV commercial, or a radio commercial or whatever to large groups of people.

It was a good model for the first hundred years of marketing, but there was an immense amount of waste in it. So if you think about if you have a perfume company and you're advertising perfume, and let's just pretend that the only people who buy perfume are women, actually men buy it as gifts, but let's just pretend.

And then you run a perfume commercial on a TV campaign on a TV show. There's an immense amount of waste because half the people aren't, aren't women buying perfume and of the half, uh, maybe half of those just bought perfume in the last year and they don't need new perfume.

So suddenly you're narrowing down the ability to spend your money wisely. So what one-to-one marketing is about is it's about how to grow your revenues by narrowing your focus. And so what we talk about is how to use data and use that data to create customer profiles”.

How do you personalize your marketing and still protect consumers’ privacy?

”As we all know, in Europe, the United States, and the Middle East, data is a sensitive topic because people are concerned about their privacy. What one-to-one marketers do is they actually get companies to take the data that they're interested in using. And they consolidate that data into identity resolution.

Basically, it's taking IDs and instead of a person, it's a number. And so the brand can now target people and really get specific with their targeting. But they're still protecting the privacy of the individual because the brand doesn't know who that individual is. They just know that they're customer number 1574372. So it's just a data point”.

Why is One-to-One Marketing important?

When we understand that one-to-one marketing is a shift from mass marketing, where there was a lot of waste to hyper-targeted marketing. It's about actually following people through the sales funnel. And even though I know we're talking about eCommerce here, you can actually do it when they purchase the product at a brick-and-mortar store as well.

Here’s how to hyper-target your advertising

”Let me give you a story. As an example, let's say you're Nike, and you're running a campaign in the United States of America. What you would do is take the data you have about all the people who've bought your shoes before.

You take all of that data and put it into non personally identifiable data sets. Now we're protecting people's privacy, but now we're able to segment that data and hyper-target ads to them. So let's say, and this is where it gets really cool. This is a hypothetical example, but let's say you're introducing a new basketball shoe. And you know that people who attend basketball games are going to be a likely customer for you.

Now, how do we know that? We use your mobile phone device to figure out that who was at an NBA game in the last month and we can use that tracking data to zero in on things. Now we have a sub-category of people who we know buy Nike shoes and have been to a basketball game, but let's get more specific.

Let's say we want people who buy shoes. Once every three months. Now we can get an even tighter data segment. And then we can go in and say an ad specifically to that group that doesn't just say: ‘buy the new Nike basketball shoe’.

Say something like this - ’Hey, it's been about three months since you last bought your Nike, your new pair of Nike basketball shoes. We have a new basketball shoe coming out, come on in, and either click on this ad to buy it on our eCommerce store. Or if you want to just go to the brick-and-mortar store and buy it at the Nike store’.

We can tie all of that data together. And not only see that our ad was delivered to you, that you engaged with the ad, but then you bought the ad either on the eCommerce store or the bricks-and-mortar store”.

It's one of the biggest challenges for brands to actually do this hybrid tracking between their online activity and their offline activity. So it's super fascinating to be able to build those funnels and actually track what's happening throughout the funnel.

But How does the brand know that they’re targeting the right segments?

“So what most brands do because data is such a sensitive topic. There are companies out there, uh, called customer data platforms, which people use for their own data. It might be Salesforce. It might be any number of different things, but they would take their customer data from Salesforce, from your marketing automation platform, from your sales customer, relationship management data.

But you want to actually keep that at a distance because you're taking that data again to protect people's privacy. You hand it off to a Data Service Platform (DSP).

For example, my name is Jamie Turner, but I legally go by James Turner. So if all my credit cards say James Turner, a data service firm can go in and they use data and analytics and realize that Jamie Turner is actually the same person as James Turner. So it's a way to clean up the data. What you want to do is take your data, go to a Data Service Platform (DSP) and use them to clean it up so that you can create your data segments”.

Why are lookalike audiences so powerful?

”You can go in and say, we have a bunch of customers who buy basketball shoes every three months. That's our first-party data. We want you to go out and find other customers who are similar to that, who aren't in our database yet.

And so the DSP, the data service platform, can go out and find that those customers, those lookalike customers, and then target those people in your ads and help grow your sales and revenues.

So it's really fascinating stuff. It can get very complex, but the audience that is listening to this now, and of course, everybody on your team is geared for that because you understand data and you understand how to use it. So if you are a sophisticated marketer working with a sophisticated company like Mayple, then you're going to end up being able to do all of this stuff. So it works out pretty well”.

How should eCommerce brands best use one-to-one marketing?

”There's a great line that I always preach, which is ‘test your way to success’. And the way to do that is through AB testing. You take an ad and test it against the control to see if you can beat the control. And as you beat the control, you get better and better.

So what I've learned through the course of my career is actually that my instincts about what will work and what won't work are not very good. And that's funny because I always say follow the data. I can't tell you how often I just find out I am not an ordinary person because apparently, the whole country prefers version A. And I think that's the worst version and it should be version B.

So you and I, and I know everybody at your company does the right thing, which is to follow the data and let the data guide you. So that turns into a lot of different things that you can test including any independent variable on your ad to see which thing changes that actually improves it.

And of course, there is now getting into multi-variate testing, where you can get into things where you test multiple things on the ad and are able to see which elements work the best. And it's sort of very, very sophisticated stuff, but man, it's a fascinating world.

One quick story. I got into this business back in the days when a sophisticated campaign was running a TV ad that tied into a radio campaign you were doing by today's standards. It was very basic stuff.

What's fascinating is that because of the use of data and because of our ability to track and manage things, there's so much fun to be had because you can just tweak things grow over the course of time. So it's a great time to be in this business”.

It's amazing that every topic we speak about when speaking about eCommerce brands, we end up talking about data. Data is the foundation of everything you do, whether it's inbound, ads, or email marketing, everything starts and ends with data. And this is where you can really leverage your budgets and really scale as a brand.

How can creative thinkers get into working with data?

”It's exciting times right now to be in this industry if you are a person who can grasp data. By the way, I'm not necessarily very good with numbers or very data-centric. Part of the reason I write books is that I'm not good with data. And I have to learn how to teach it in order to understand it in my own brain.

So for those people who are listening to this who are like me, who are not necessarily statisticians and all that, if you can get the general concepts, you can let really sophisticated data analytics people go in, it's your job to just understand the fundamentals and the foundation. And if you can do that, you're off to the races.

So my point is, as long as you can understand certain concepts, you can actually still participate and still be involved. And then when it comes down to slicing and dicing the data to finetune it, that I turn it over to other people who are much better at that than I am”.

What is the one tip that you would give an eCommerce leader that is looking to really scale this year?

”The biggest tip is don't be afraid of new technologies and techniques. And I think what happens for all of us, myself included is we get into a role where we're working on things that are hard, and we're just trying to keep our business afloat and all that sort of stuff.

And then something new comes along and we realize that we don't have the energy for that. We don't have the bandwidth for that. And what we want to do is to try to make sure that we carve out a certain percentage of the day or the evening or the early morning to learn new things.

No items found.
Table of contents 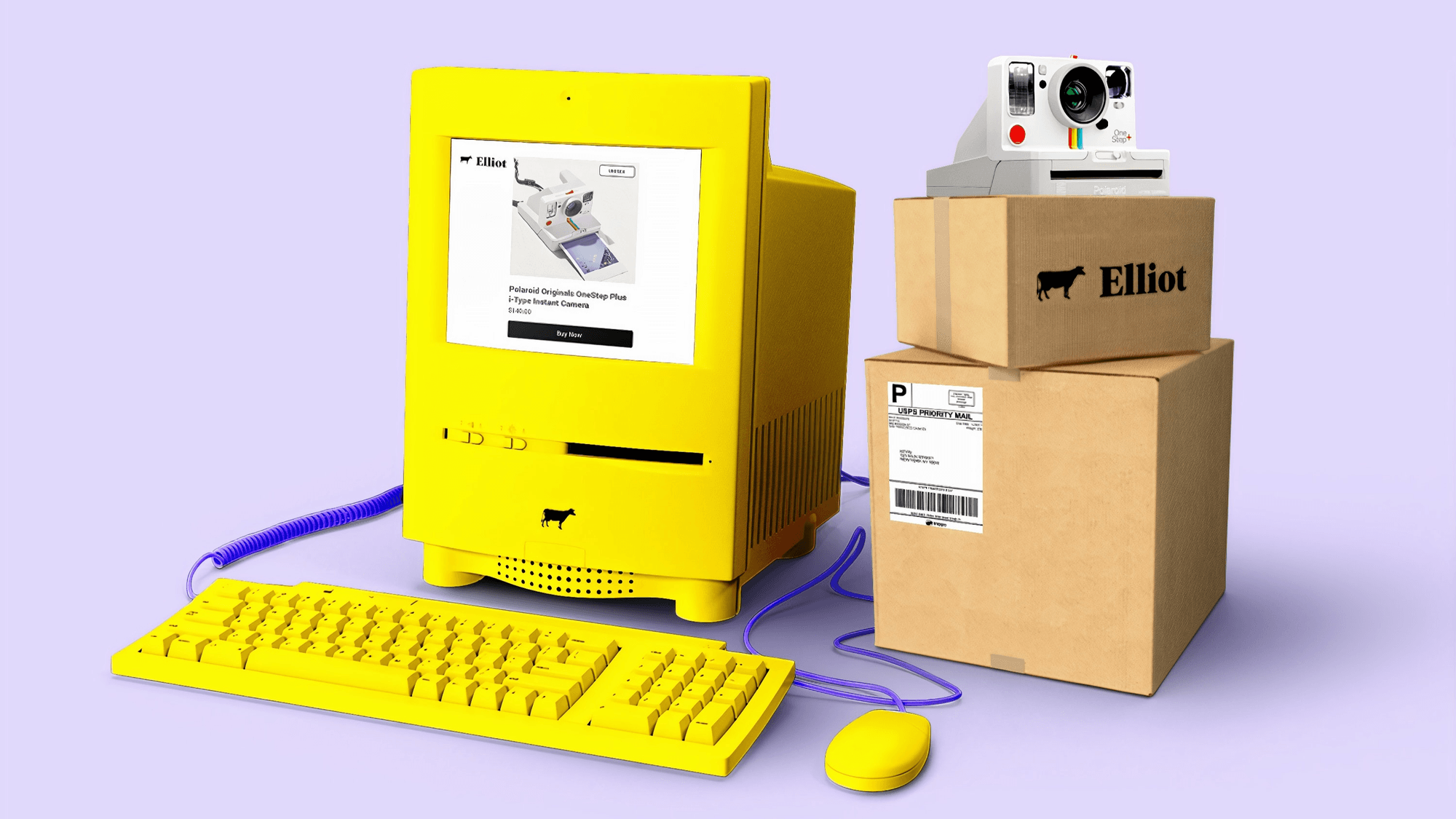 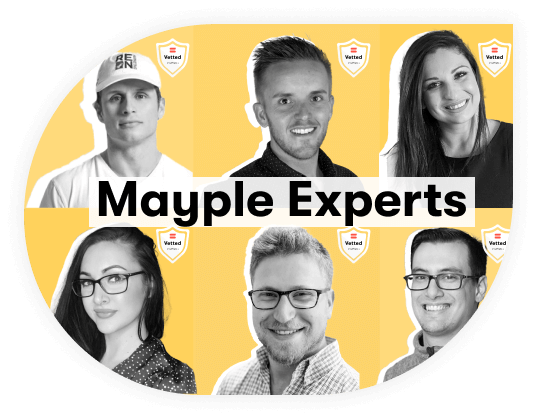 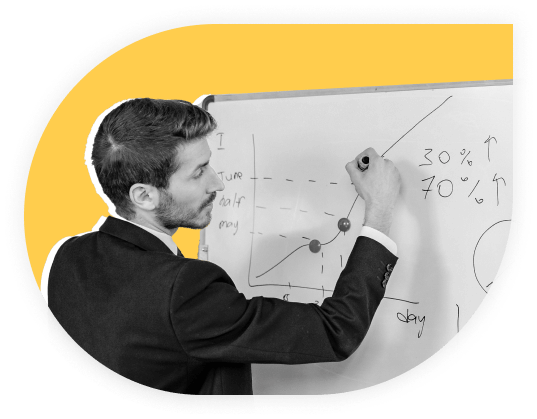 The Ultimate Guide to Marketing Strategy: How to 10X Your ROI 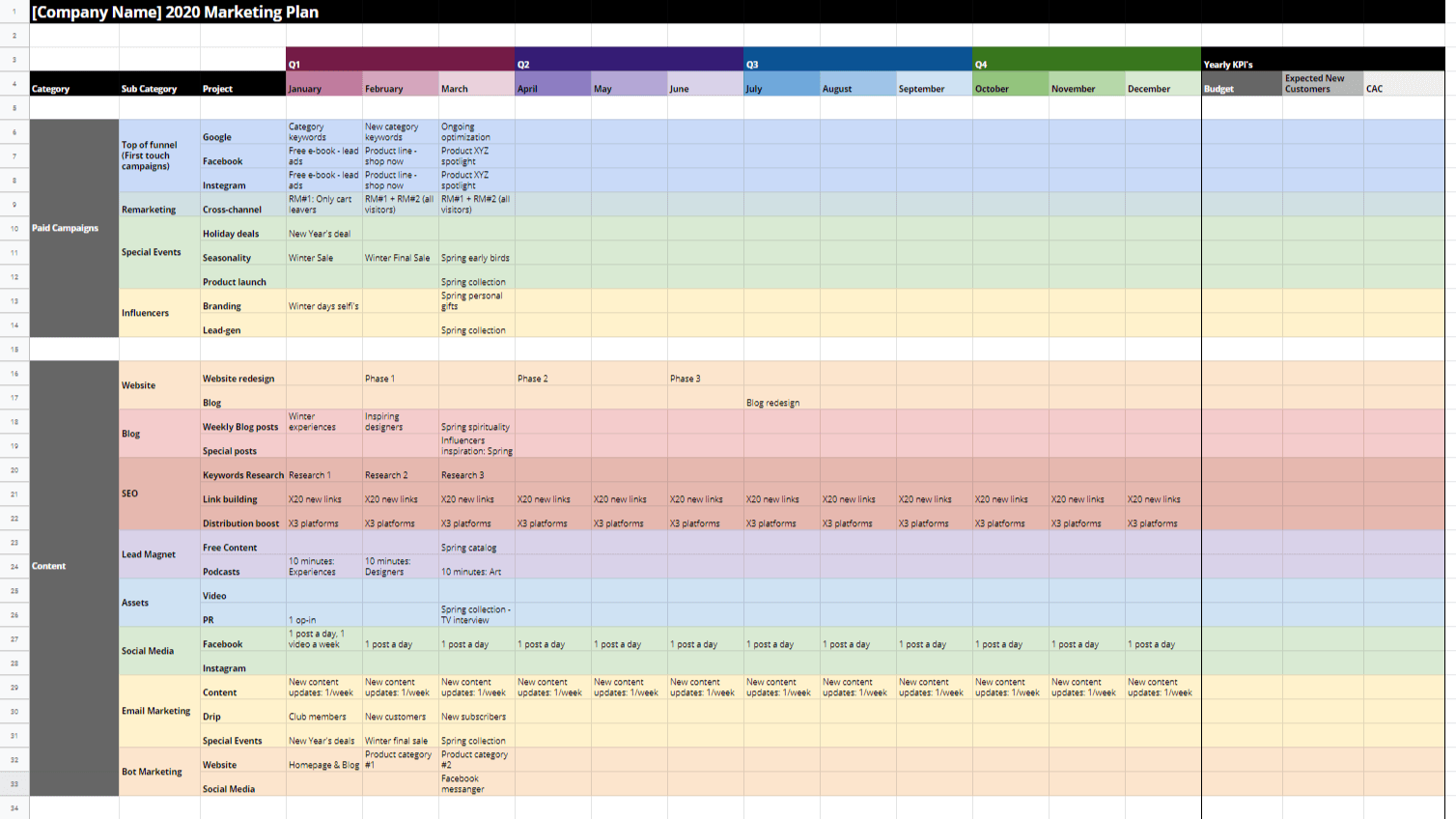